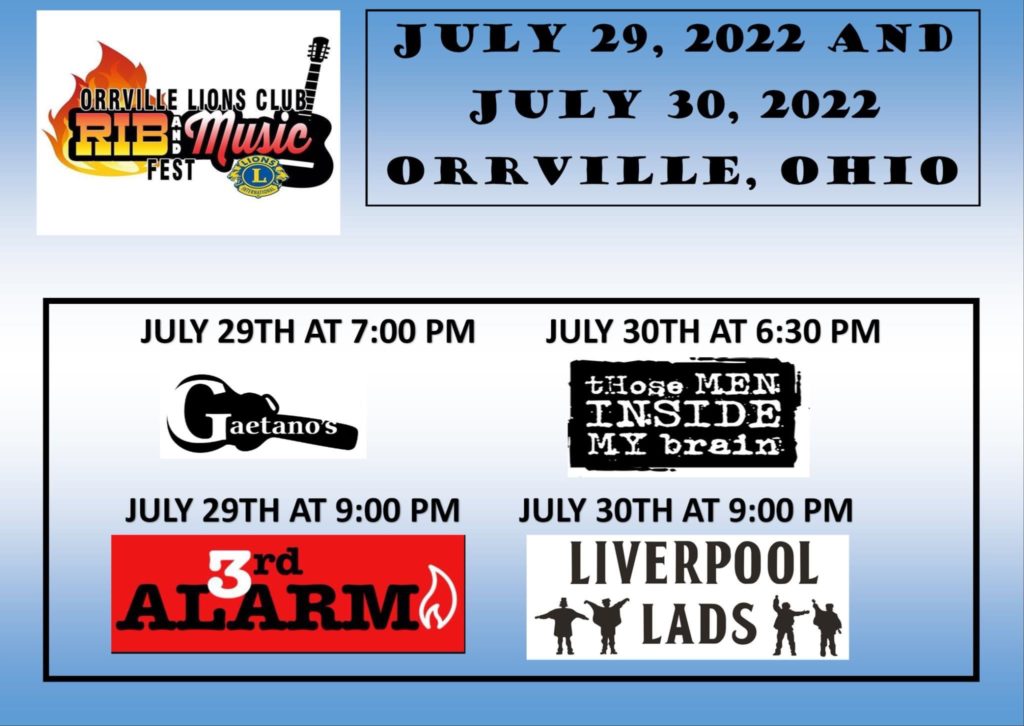 The band is from Cleveland, Ohio. The band consists of three veteran musicians at the height of their game. Excellent, driving rhythm and soulful vocals combined with Gaetano’s incendiary guitar make for national quality shows that audiences love. Great originals and blues standards taken to the highest level. This experienced group is fully capable of effectively opening for any national blues or rock act and headline any major blues venue with great confidence.

Playing hits from the 60’s to the 21st century, 3rd Alarm Band brings you songs you love to hear! Featuring 4 leads vocalist and a 3-piece horn section, 3rd Alarm brings you a broad variety of pop, rock, and soul music. Don’t miss it!!

Timmy the Boy is an Indie/Alternative artist from Alliance, Ohio. Tim Pinter III AKA Timmy The Boy began his musical journey at the age of 17 with earbuds and an old laptop. Tim’s inspiration comes from Rex Orange County’s live album and ‘Never Enough’ is a song based on the mind set of majority of males, according to Tim. Tim has sold out shows at The Vortex in Akron, The Buzzbin and The Makeshift in Canton, and the YWCA of Alliance and Jupiter Studios twice! He will get you moving and dancing from the start of his performance.

Those Men Inside My Brain

Hailing from Cleveland and formed in 2018, Dan Loy (bass), Chris Noble, (drums), Pete Ortenzi (guitar) and Blair Cameron (vocals) bring the sensational music of Rock-n-Roll Hall of Famers Cheap Trick to today’s audiences. Iconic songs like I Want You to Want Me, Surrender, Dream Police, and Ain’t That a Shame are synonymous with rock concerts and festival stages and Those Men Inside My Brain play them with the energy, wit, and edge of a young Cheap Trick emerging onto the late 70s rock scene. Those Men Inside My Brain, whose name comes from the refrain in the song Dream Police, is rooted in Cheap Trick’s early music, beginning with its smashing debut record in 1977, because there is something exhilarating about a band on the rise. Cheap Trick’s stardom is legendary, and once America found out who they were, it became impossible to imagine a rock concert any other way. It is that moment in time that TMIMB brings forward – the “built-to-rocked-live” repertoire, the punk-edged irreverence, and the relentless power-pop delivery! Those Men Inside My Brain don’t consider themselves a strict note-for-note tribute because the musical landscape and the songs themselves have evolved over the past 40+ years. “Our tribute,” explains Dan, “is to infuse the songs with some fresh energy and insight for longtime fans and new audiences alike.” He continues, “Those Men Inside My Brain are very much our own band, we each play from our own personalities and influences, but when someone hears a song like Big Eyes for the first time or hundredth, it’s a reminder that great rock-n-roll is timeless and Cheap Trick is the reason.”

Based in Northeast Ohio, The Liverpool Lads have been entertaining and surpassing audience expectations at various venues since 2009. Whether it’s a corporate event, nightclub, private party or public concert, it’s always a thrill to perform for and meet audiences’ of all ages! The Lads pack as much Beatles music from 1962 – 1970 as possible into our shows. You can expect the hits, but we also perform B sides and album cuts in our shows. We perform in costume and use replica vintage instruments. The Liverpool Lads are four dedicated musicians who give it their all for Beatles fans every time out. We’ll gladly travel up to 1500 miles to perform for you!